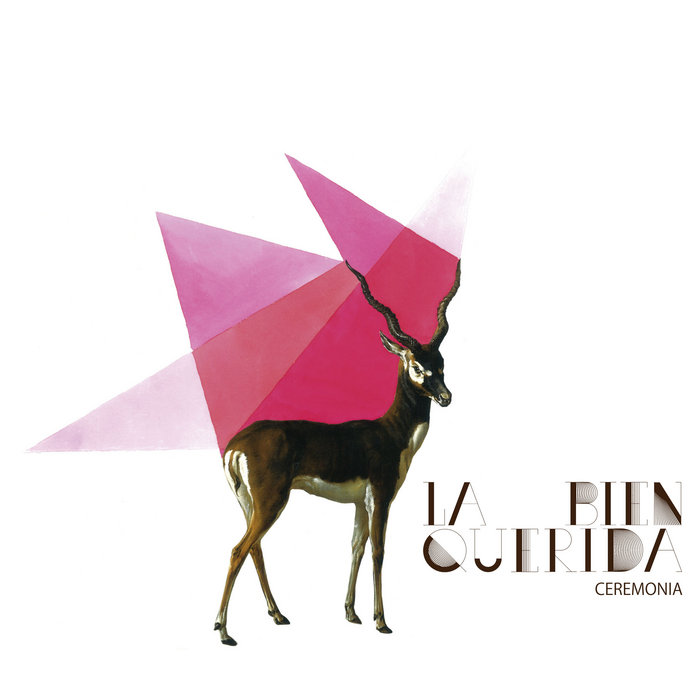 Ana Fernández-Villaverde’s musical career changed when she was recording her debut album, when David Rodríguez (BEEF, LA ESTRELLA DE DAVID) became something more important than a producer. LA BIEN QUERIDA’s third album is everything we could hope for as a result of their work together: she is in charge of the songs and he’s in charge of the sound. Talking to them gives the impression that they think they’ve made a very rough, dark album, with a sound that uses “the most innovative styles of the 70s, kraut-rock, post-punk, and the techno of KRAFTWERK and NEW ORDER’s”.

The album isn’t really as rugged as they make it sound, though it does feel completely different from LA BIEN QUERIDA’s past work. For example, the opening track is a solid techno, close to acid-house (“Arenas Movedizas”), which is lit up by Ana, sweet and robotic, intoning a spiraling melody that seems to invent a spaced-out flamenco. You could even say they take LOS PLANETAS’ experiment with interpreting flamenco through kraut-rock to the extreme. The result is fascinating because it maintains Ana’s magical, naïve serenity. “Hechicera” could pass for a folk-song from the mountains of Malaga, interpreted with a total kraut-rock assimilation, from KRAFTWERK to KLF, from SILVER APPLES to NEON INDIAN. Starting from a similar base, “Aurora” is like a flamenco song that exchanges the lament for Ana’s sweet fragility and keeps its ability to be chilling, above all when the guitars take the psychedelic flamenco to the orbits of space-rock.

Electronica appears in various forms, but always accompanied by guitars. “Carnaval” mixes dream-pop synthesizers with shoegaze guitars to perfection for an amazing song somewhere between TREMBLING BLUE STARS and WASHED OUT, but much more intense. “A Veces Ni Eso” is an undisguised homage to NEW ORDER that precisely fuses several styles of their poppier sound into one incredible song that’s catchier than the common cold and more contagious than a top 40 hit. NEW ORDER show up once again on “Los Picos De Europa”, though this time they’re processed through a more current sound and closer to the urgent pop of THE RADIO DEPT. It’s a kind of fusion between dream-pop and techno-pop armed with the rich colors and rhythm created by David’s genius. “Pelea” is another song with catchy melodies that hits you right away.

The distance LA BIEN QUERIDA has traveled is clearest on two precious songs. “Luna Nueva” fits into her classic canon, but with a feeling of electronic pop. At the other end of the spectrum is “Más Fuerte Que Tú”, which shows she has mastered the most vanguard language in the techno-pop constellation, and that she can use it to make us fall even more in love with her than when she was recording her demos with an acoustic guitar. “Mil Veces” is another one that feels like one of her earlier songs, but halfway through it bursts into an explosion of lysergic techno with a storm of electronic noise that reinforces the intensity and the pain, living side by side with a dream-like ending that underlines the friendly tone of the album.

The thing is, is that the musical experimentation, as shocking as it may seem, is domesticated by Ana’s inscrutable charm and the beauty of her songs. It’s LA BIEN QUERIDA; the accessibility remains intact, the enormous ability to connect to our emotions and move us with their sensitivity and intelligent lyrics. But they’ve changed their style to give us an album that is as radical as it is poppy, as brave as it is captivating, and that creates a new musical universe. This is what art does; it moves forward, it invents, it emotes, three things this album achieves all at once.