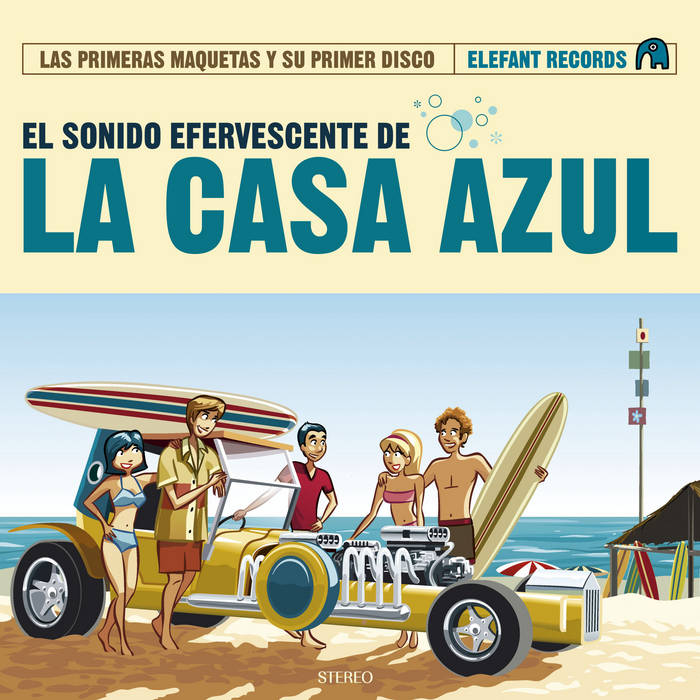 The debut album by LA CASA AZUL with a lot of extra tracks. We mean a lot, really: the original album featured eight songs, and the featured tracks on this reissue will rise to twenty-one! Besides the eight original songs, this new reissue includes the band’s first three demos: the first one, “Te invito a mi fiesta” (recorded between 1998 and 1999), which features the first version of their classic tune “Cerca de Shibuya” and several previously unreleased songs; the second one, “Canciones ligeras” (1999), which features Jeanette’s version “Si no voy a esperar” among others; and the third one, “Galletas” (1999). Besides of this, the album features three bonus tracks: the cover version of the 80’s hit by MECANO “Quiero vivir en la ciudad”; the revised version of their classic song “Chicle Cosmos” (revised in 2005 to be used in the soundtrack of the movie “Borjamari y Pocholo”); and the song “Tantas cosas que arreglar” (initially released in our compilation “Momentos perdidos”).

For the new cover we have used the beautiful illustrations drawn by Duprez, who has perfectly captured the unique mood and universe of the band, and their philosophy of eternal fun and happy pop scapism. To make it short, this is a deluxe reissue which will be a great news for all the recent fans of LA CASA AZUL, who until now had to do with cold and soulless CD-R’s.